There Must Be A Better Way! 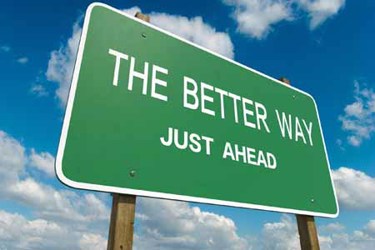 Hayato Nakamura recalls the excitement he experienced when he reported for his first job out of college with a Fortune 500 company. His onboarding consisted of being walked to an office cubicle containing only a desk and a phone. He was handed a printed lead list and instructed to begin smiling and dialing.

He jokingly describes how “it didn’t take long for the joy and bliss to melt away into a nightmare of a routine as I began questioning how often I could call my leads back and drop off muffins at their offices” while maintaining my sanity.

I’ve always believed that it is during the difficult times that we ask the most searing questions that can launch us into something spectacular. For Nakamura, the searing question was, is there a better way? A few years later and lessons learned from an e-commerce business, the answer developed into a resounding yes!

I grew-up in a small town in Pennsylvania not far from Punxsutawney. Each February we all convinced ourselves that a groundhog named Phil would emerge from a hole in the ground to inform us when winter would end. No one believed this plump rodent could predict the weather, but it was a tradition. Disregarding Phil’s prognostications just wasn’t something we ever considered, it seemed too risky.

I regularly speak with B2B salespeople who cold call prospects from a list. They do this all day long, every day, much like Nakamura’s first sales role. Sure, they may use digital databases rather than printed lists, but lists just the same. It is bewildering to Nakamura as to why this model still exists, but he believes that even though the benefits of a spray-and pray method have declined, business managers don’t view the process as broken. Adopting something new is often too risky for many managers and their careers. So, tradition wins out and Groundhog Day continues!

We often refer to LinkedIn as social media, but according to Nakamuar, that isn’t really accurate. He strongly believes that LinkedIn falls into a category with Bloomberg, MSNBC, and Forbes. Afterall, according to LinkedIn, their mission is to connect the world’s professionals to make them more productive and successful. So, posting that pic of your new tattoo may be better suited for Instagram.

A strength and weakness of LinkedIn is that nearly all the content is user generated. So, we do encounter photos of rescued kittens, and while they’re cute, are they really helping to make us more productive and successful?

A positive aspect of user generated content is that we all have the ability to post it. And according to Nakamura, content that best helps LinkedIn pursue their mission is rewarded, in an algorithmic sort of way, with better distribution. It is this positive feature that Nakamura evangelizes, and which led him to launch Lead Control Media.

How to do LinkedIn right!

Nakamura believes LinkedIn is unique among user generated content communities and when it is understood, having a presence within its framework can be incredibly valuable. Here are some tips!

First, recall LinkedIn’s mission is to help professionals be more productive and successful. Posting with that intent is awarded better distribution by LinkedIn. When posting, be intentional, plan for it, and support LinkedIn’s professional outcomes.

Second, there are over 700 million users of LinkedIn, real people with established profiles. And while there are groups, businesses, and associations with pages, the framework is comprised of individuals. It is meant to connect people, not brands. Strike a personal tone with your posts and contribute value.

Third, every LinkedIn profile allows for our names, photo, and 8-10 words of a headline. These three things follow us everywhere on LinkedIn. Every time we post or interact with someone else’s post, these three elements join us. It is like introducing ourselves at a networking event. Be intentional when setting up your profile!

Fourth, users don’t log-in to LinkedIn looking to buy something. It isn’t a sales directory, nor is it technology to conveniently send sales pitches. It can be a place for sellers to connect with buyers, but early in their buyer’s journey when they are learning, identifying problems they have, improving themselves and their businesses, and examining solutions. Remember LinkedIn’s mission, helping professionals be more productive and successful.