Inside An OEM's Buyer's Journey For Manufacturing Partnerships 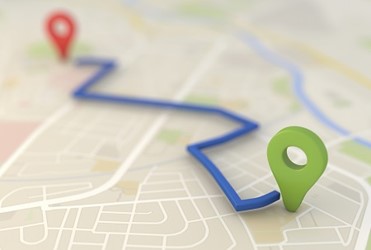 The story behind Qlibrium’s buyer’s journey was revealed thanks to personal conversations with the company plus insights drawn from the proprietary software Med Device Online uses to track content engagements.

Three key takeaways emerge from this buyer’s journey example that suppliers should keep in mind when planning sales marketing strategies:

This one example of a drug delivery device company navigating a complex purchasing process should serve as a guide for suppliers who want to support their prospects during their buyer’s journeys.

In 2018, Med Device Online spoke with a senior biomedical engineer at Cam Med (now Qlibrium), a North American development stage company applying microfluidics to medical devices that enable substantial improvements in the daily lives of patients. His role was to evaluate partners for their technical capabilities, and he served as those suppliers’ initial point of contact. The other two decision-makers at Cam Med were the CTO and CEO, with whom he worked closely in developing and designing the product.

Cam Med’s product was called EvoPump, the first bandagelike patch pump for subcutaneous delivery of one or more medications. This product is a drug delivery system that works like a bandage and allows for multiple drugs to be delivered at the precise time they need to be.

When we first spoke with Cam Med, the company had six employees and was in the early- to mid-prototype phase. They were actively looking for contract manufacturing partners with internal capabilities for rapid prototyping, product design, and manufacturing of drug delivery and microfluidics. Since their technology was similar to the layering in semiconductors, they ideally wanted partners to have knowledge in this market along with utilizing pressure sensors. At the time, Cam Med also had a need for laser welding and was in active conversations with various contract manufacturers and laser manufacturers.

From a content perspective, this senior biomedical engineer shared that he was interested in information on flexible circuits, rapid prototyping (microfluidics), electronic integration practices with drug delivery, and pressure sensor integration. At that time, he was hoping to find or develop a matrix to help them understand what influences the design changes would have on development, production, and manufacturing.

After the initial phone call with this biomedical engineer, we knew that his content engagement patterns matched exactly to the challenges Cam Med was facing. For example, in February and March 2018, he engaged with the following content on Med Device Online:

Med Device Online tags every piece of content on the site according to where it aligns in the buyer’s journey. Each of these articles are associated with the early and middle stages, meaning they are mostly educational (not product- or supplier-specific). This makes sense considering Cam Med was still very much in a research phase as a company.

Interestingly, Cam Med’s CTO also engaged with “Electronics Integration Into Disposable/Single Use Medical Devices” around the same time as the biomedical engineer. Cam Med continued to plug along, trying to grow from startup, to prototypes, to trials, and beyond.

When we spoke to this OEM two years later, more had changed than just their name. Cam Med is now Qlibrium, and EvoPump is now QForma. A seed round allowed them to expand headcount, including new executives who became involved in the decision-making process on partnerships. The senior biomedical engineer who spoke with Med Device Online in 2018 was promoted to director of engineering.

The biggest change for Qlibrium was in its product: A human factors study completed in early 2020 resulted in a major pivot. This study caused them to revamp the entire design plan and function of the device. Despite once being in active conversations with CMOs for laser welding help, that was no longer needed. Nor was a supplier needed for laminating the device. The first iteration of the device had a fixed cannula for the subcutaneous injection, but the new version hid the needle and now has a shifting cannula. Qlibrium is now searching for advice about how to adjust the angle of the cannula, along with seeking help with design for manufacturing (DFM).

Now that Qlibrium is focused on scaling to full production, they are in the process of finalizing partnerships. They view suppliers in two distinct categories. One category a strategic partner, like injection molders or CMOs, who have helped them grow to where they are today. These are typically six-figure deals, and those three partnerships were awarded to the suppliers who have a high-level of expertise and demonstrated capabilities. The second category of partners, of which there are fewer than 10, are suppliers who do one-off projects for them. These are also typically injection molders or CMOs, but they are more “budget friendly” relationships with perceived minimal technical expertise.

In about two years, this OEM went from the earliest stages of development working out of incubators all the way to having a device ready for demos with pharmaceutical partners thanks to the help of about a dozen manufacturing relationships.

Qlibrium’s content consumption habits changed as the company matured. Look at what their cofounder was engaging with on Med Device Online around the same time as the human factors study:

In 2018, much of the content Qlibrium engaged with was thought leadership content. These were mostly educational articles that are largely nonpromotional and were a good fit for the early stages of their partnership buyer’s journey. But as they began getting closer to finalizing the device design, we started to see more and more technical content among their engagements. This content was geared toward the late stages of the buyer’s journey, when OEMs are looking for specific technical expertise, data, and capabilities.

These content engagements and first-person narratives of Qlibrium’s challenges and opportunities is more than just an interesting story about one OEM’s growth trajectory. There are three key takeaways CMOs should keep in mind when trying to influence companies like this.

There is no magic bullet in B2B sales and marketing that will shortcut a sales cycle. Sure, if you want to be a tier-two, budget-friendly, one-off project partner, you might score some quick wins by throwing some marketing at the wall and seeing what sticks. But that’s not how B2B suppliers who are serious about growth can operate. This is because, “At any given time only 4 percent of your market is actively buying, 40 percent are ready to start looking at options, and 56 percent aren’t ready or don’t have a current need.” This research from Selling To The C-Suite was true from Cam Med/Qlibrium as well.

In 2018, they were among the 56 percent of buyers who didn’t have a need for a partner to help with design for manufacturing (DFM). A CMO sales rep sending them advice on DFM in 2018 would have quickly abandoned that “lead” because there was not an immediate opportunity to make a sale. If that CMO sales team ran a quarterly campaign about their DFM expertise, that would not have resonated with this buyer. If a CMO wanted to eventually be considered as a tier-one, strategic partner capable of winning six-figure deals, that would require a steadfast approach to “always on” marketing where their content was consistently in front of this OEM for more than two years.

Qlibrium is a relatively small company (six employees in 2018, and about twice that amount in 2020). Even at a company of that size, there were still multiple stakeholders involved in selecting partners. In any buyer’s journey, there are often more people and more diverse titles than suppliers tend to think.

In this case, a member of the Med Device Online team talked to a “senior biomedical engineer” who played a very active role in purchasing decisions. The buying committee two years later included a chief innovation officer who had yet to be hired when this engineer was initially talking about partnership needs. And that engineer’s role in the decision-making process increased as he was promoted to director of engineering. The point here is that suppliers need to help multiple stakeholders navigate the buyer’s journey.

Takeaway #3 – Anything Can Trigger A New Buyer’s Journey

The need for “always on” marketing is especially relevant when considering how many internal and external factors can ignite a buyer’s journey. A buyer could close a round of funding, make a key new hire, or, in Qlibrium’s case, get feedback from a human factors study that drastically changed the trajectory of development.

Remember, “At any given time only 4 percent of your market is actively buying, 40 percent are ready to start looking at options, and 56 percent aren’t ready or don’t have a current need.” For Qlibrium, the human factors study quickly took them into that 4 percent category, and CMOs who were ready to educate them on DFM would have had a distinct advantage when they were active buyers. The point here is that suppliers can’t wait to “do marketing” until one of these buyer’s journey triggers occurs, because when it occurs is an unknown.

These three takeaways are gleaned from just one buyer’s journey. This inside story of one drug delivery device OEM’s two-year buyer’s journey is representative of how many B2B companies, regardless of size or industry, evaluate needs and potential partners.