Controlling Your Destiny: One B2B Company's Story Of Continuous Improvement And Digital Transformation 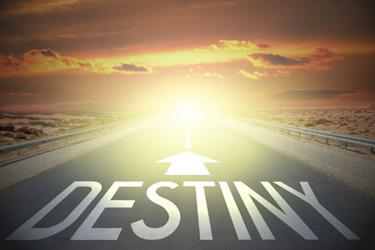 Futurist, Alvin Toffler predicted it in 1980 as he described a world in which information, technology, and knowledge would be a dominant force in society and business. And it’s important to note that his prognostications were pre-internet.1

Today it is no secret that business leaders who gather, manage, and understand the copious amounts of data available to them, have a significant advantage over those of who don’t. And therein lies why digital transformation is always top of mind for business leaders.

Sean Russell is the Chief Commercial Officer at Premier Research, a clinical research, product development, and consulting company for biotech, specialty pharma, and device innovators. He shared with me how they applied a philosophy of continuous improvement that resulted in digital transformation.

Russell first joined Premier as the VP of Marketing and Proposals and was charged with establishing a market position for the company. Within a year he became the company’s first Chief Commercial Officer, a position he has held since. For Russell, transformation is the result of continuous improvement, a business philosophy he embraced while in graduate school in the early 1990’s and referred to as Kaizen.2 He and his management team at Premier are “always looking for incremental improvements, no matter how small they are.”

Russell describes what Premier did over a period of years this way: “we were trying to address the problem of not being in control of our destiny, not knowing what the market was.”

Using the Kaizen philosophy, Premier began addressing their problem and putting incremental solutions in place. As they earned more opportunities, they learned and applied more solutions.

Premier conducts clinical studies for drug developers and the customer journey is long and complex. Lead nurturing and early buyer’s journey engagement may take a year or more before Premier receives a request for proposal (RFP) from a prospect. If the proposal is accepted, the contracting process may take months, but does not result in immediate revenue, because the average clinical study done by Premier is nearly three years. Projecting sales and forecasting revenue is challenging. In 2014 Premier became determined to gain control of their destiny, when Russell says they couldn’t project sales and the first indication of a sale was when they received an RFP.

Russell and his team surmised that if they could define their market, they could estimate the value of the opportunities they were getting. Additionally, they considered what kind and how much data would be needed to judge how long a clinical study would take and they could develop accurate revenue forecasting.

Once they had clarity on what they needed to gain control of their destiny, they could put the pieces in place to deliver the results. The pieces they needed included the right organizational structure, effective processes, and the supporting technology.

Like many B2B companies, Premier had marketing and sales teams with independent reporting channels. When Russell became the chief commercial officer, he became responsible for the entire customer experience and accountable for all business. But, as solutions were incrementally introduced, they recognized the need for new skills and even departments.

New technology solutions were adopted to deliver the intelligence required for sales projections and revenue forecasting; technology not associated with typical business IT infrastructure. So, Russell established a commercial operations group responsible for the technology systems and business intelligence.

Not all customer journeys are the same and Premier’s sales group consisted of two traditional business development teams. During the pandemic, Russell established an inside sales team that works more closely with marketing and supports the business developers. The inside sales team has grown significantly in size and importance and gives Premier the flexibility to meet the client where they are in their buyer’s journey and better guide them.

There is one more group unique to Premier that is worth mentioning and not often associated with marketing and sales, the proposals group. It is comprised of budgeters, pre- and post-award and strategic developers who work with Premier’s clinical study experts to develop proposals. This group also generates the critical information for the pricing tools and forecasting algorithms.

Silos hinder the ability of B2B marketing and sales operations to exercise agility which requires that reliable information be available and transparent. For Premier’s goal of controlling their destiny, Russell determined they needed to understand and share customer behavior easily across their organization.

Enabled by technology, which we’ll get to in a minute, Premier gathered and analyzed customer behavior from first interaction through the completion of a study. Through an iterative process, Russell said they were able to identify a finite set of factors around customer behavior and developed a win probability algorithm that accurately projected sales and informed revenue forecasting.

Russell emphasizes that this wasn’t formed from a single brainstorming session but refined and improved over time as more data became available and their knowledge grew. The results have been astounding in both effectiveness and efficiency!

Russell began implementing changes in 2014 when they were unable to project sales. Currently they are tracking $9billion in studies that are in the pipeline. In 2021 the proposals group bid on studies valued at three-times greater than what they did in 2014 and they only increased their staff by one-and-a-half times. And in 2021 their gross sales were five-times what they were in 2014.

I’ve intentionally held any discussion of technology section until now because many of us falsely think that digital transformation is only about technology. So, if you fast-forwarded to here, I recommend you go back to hear the whole story.

Premier did not make one bold technology introduction. Like the rest of their transformation, Russell describes it as introducing incremental changes that worked in parallel with organizational and operational changes. Each iterative change informed them more, led to new technology requirements, which led to more information and so and so on. The technology suite that Premier uses today is a result of this incremental transformation.

Premier uses a number of technologies that are integrated into Salesforce. The main ones are Pardot for marketing automation and analysis of prospect engagement and Einstein Analytics, sometimes known as Analytics Studio, that is a data visualization tool. There are others and many customizations specific to Premier’s needs.

Russell spends time daily reviewing an automatically generated dashboard called Path to Sales Target. It is an easy-to-understand display that allows Russell to see current sales, where they are in route to their quarterly and annual goals, and all the channels that make up the goals. Inside the channels are the specific accounts and he can drill into each to view specific information like win probability that uses those customer behavior factors and algorithms mentioned earlier. All this data fuels overall sales projections and revenue forecasts. The customizations allow Russell and his team to slice and query the data to gain a better understanding of the accounts, the probability of winning, and what should be done to keep them moving along the path.

Russell is careful to point out “that the technology isn’t the solution, it is the behavioral change it leads to.” To work effectively, his team must enter information into Salesforce. This activity is what captures those key customer behaviors that feed the algorithms and predict the wins.

According to Russell it was much harder to implement changes to his team’s behavior than it was to introduce the technology. His team had to understand how important it was to identify an opportunity long before they are asked to bid on it or to record every customer interaction, no matter how small. This data contains the clues that give Russell and his team an indication of whether they will win or lose a job. Even today, the human component of inputting the right data requires discipline and regular policing.

While in the end, Premier achieved digital transformation, Russell and his team set out to solve a problem: gaining control of their destiny.

It was accomplished through the philosophy of Kaizen: continuous, incremental improvement.

By setting out to understand the very complex journey their clients underwent, Russell and his team learned that they could accurately predict sales and forecast revenue.

While technology serves as an enabler, most of the work was establishing the right organizational structure, getting the right processes in place, and transforming the behavior of the team.

As Chief Commercial Officer at Premier Research, Sean Russell, BSc, MA, is responsible for communicating the advantages of working with a contract research organization that focuses on doing what it does best, rather than trying to do everything for everyone.

“We design efficient clinical trials for the most complex diseases in difficult-to-find patient populations,” he says. “We use innovative techniques. And we have some of the smartest, most experienced people in the industry who are very happy to roll up their sleeves to get the job done.”

Before coming to Premier Research, Mr. Russell built and led the industry’s largest and most effective global marketing department at Quintiles Transnational. Before that, he was the founder of SR Marketing Media and a consultant at Treoir Consulting. He also held various positions of increasing responsibility at GlaxoSmithKline. Mr. Russell began his career hands on, as a laboratory technician at Schering Plough’s biotechnology facility.

Mr. Russell holds a bachelor’s degree in biochemistry with chemistry and mathematics from University College Cork and a master’s in marketing from the University of Westminster.

As a global company, Premier Research specializes in the use of innovative technologies for smart study design and trial management to deliver clean, conclusive data to sponsors.